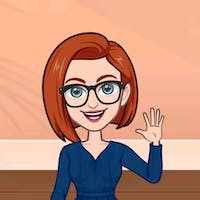 Regular Expression or RegEx for short is a tiny language that allows you to search matches in strings. In Python, it is accessible through the re module. Using it, you can check if the string is in the correct format, if the string contains some characters, extract only part of a long string,...

With a combination of metacharacters and literal characters, you concatenate a pattern used for search inside a string.

re module provides multiple different ways for searching for a pattern in a string.

Syntax for RegEx is quite extensive. I don't provide a cheatsheet in this post, you can read through this one for more in-depth knowledge of the syntax

What will you learn?

We will go through some common cases of using RegEx:

Examples in this blog are not optimized and do not cover edge cases. Covering edge cases and optimization hurts readability and makes it harder to learn regex.

Searching for a percent pattern is one of the easiest. You search for at least one digit (it may be more) followed by a % sign.

This works only for integers. If you want to catch also decimal numbers, you need to combine it with RegEx for decimals.

Considering many different styles, searching for an amount can be complicated. Here we checked for a basic example. At least one number (can be a decimal or integer) and a € or a $ sign at the end - they may be separated with space.

This is a very simple email check. You check if there are any amount of non-whitespace characters that are broken by @ and a . $%&#$@123.# would also be valid with this check.

The pattern for a recipient is very similar to the improved valid email pattern. The only difference is, we added brackets (). If we include brackets, we're extracting only the part of the match inside the brackets. But we still need the whole match.

You know when you get those annoying little messages, what you additionally need to put in your password because the current one is not strong enough? This is how you can do it:

Here we have bunch of simple patterns, each one checking just for one thing. That way you know exactly what's missing in the provided password, not just that "something's wrong".

This regex is the hardest to understand in the whole post.

We're looking for 4 numbers (year), 2 numbers (month), and 2 numbers (day), divided by -. The number in curly braces {} tells us exactly how many occurrences we want.

Some text I used for examples, was taken from techjury.net/blog/women-in-technology-stati..

The possibilities of using RegEx are almost limitless, here we covered only a few basic cases. Googling for the patterns usually gives you either very basic examples that help you nothing or complicated patterns you can copy, but can't understand. The patterns we created are not fireproof, rather they are meant to help you understand the idea behind regex.

After going through the examples you should be able to understand RegEx that was written by someone else, create your own, and improve our examples.

Photo by Skies & Scopes on Unsplash